Welcome Back to School

The Alumni Meet of the batch of 1996 was organized in the school on 18.12.2021. The reunion was filled with nostalgia as the alumni shared their experiences in the school and the memories they cherish. 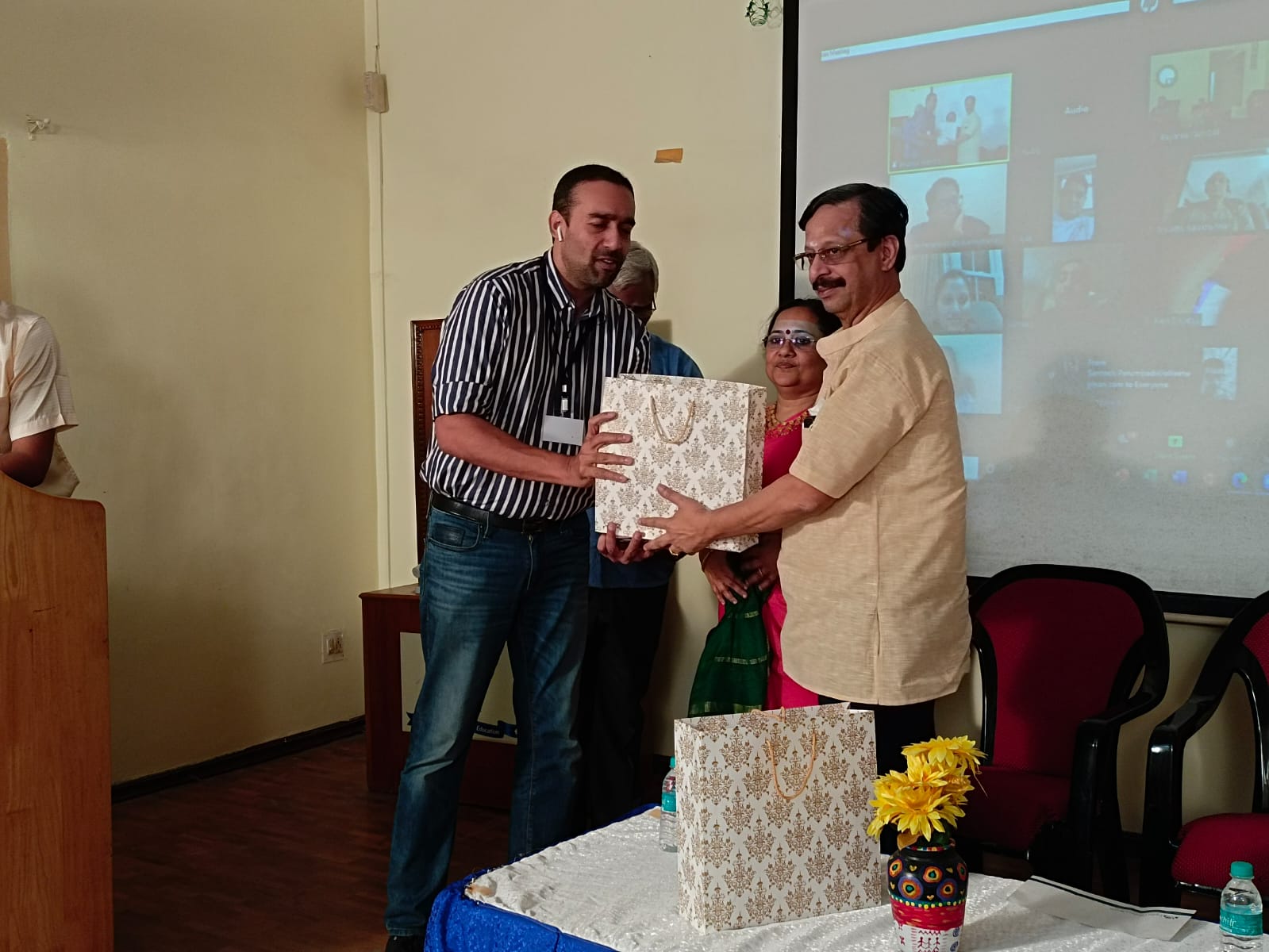 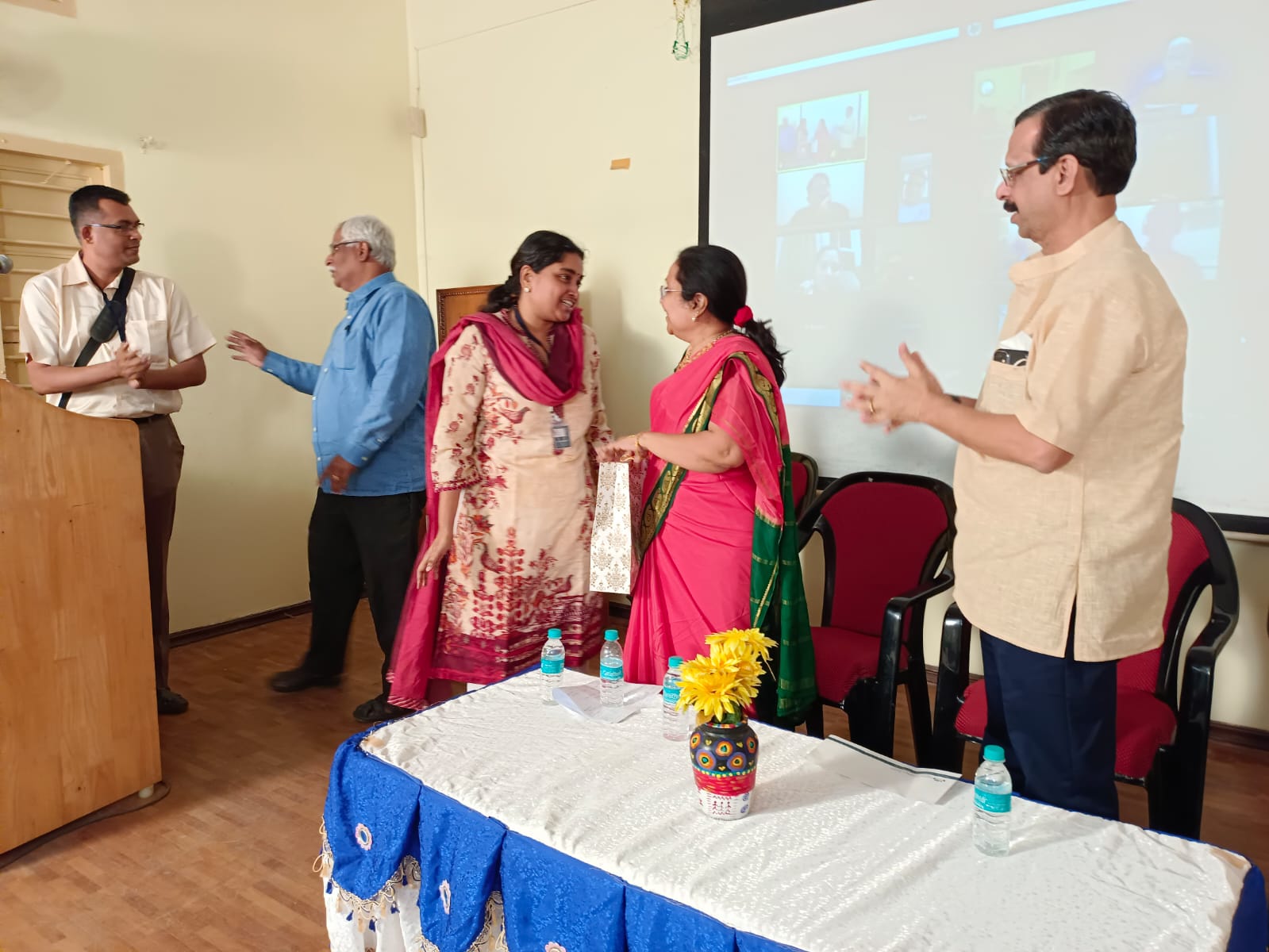 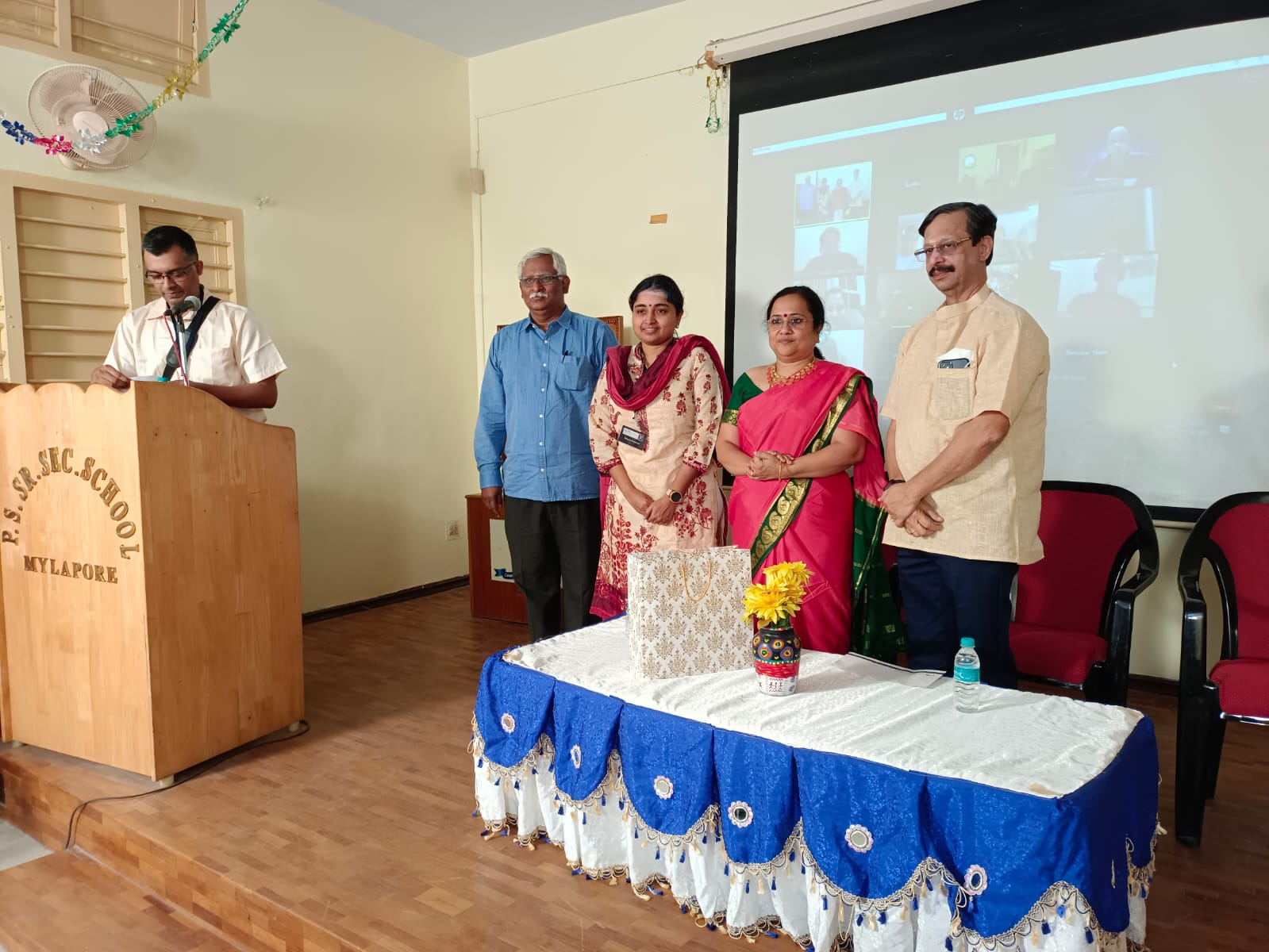 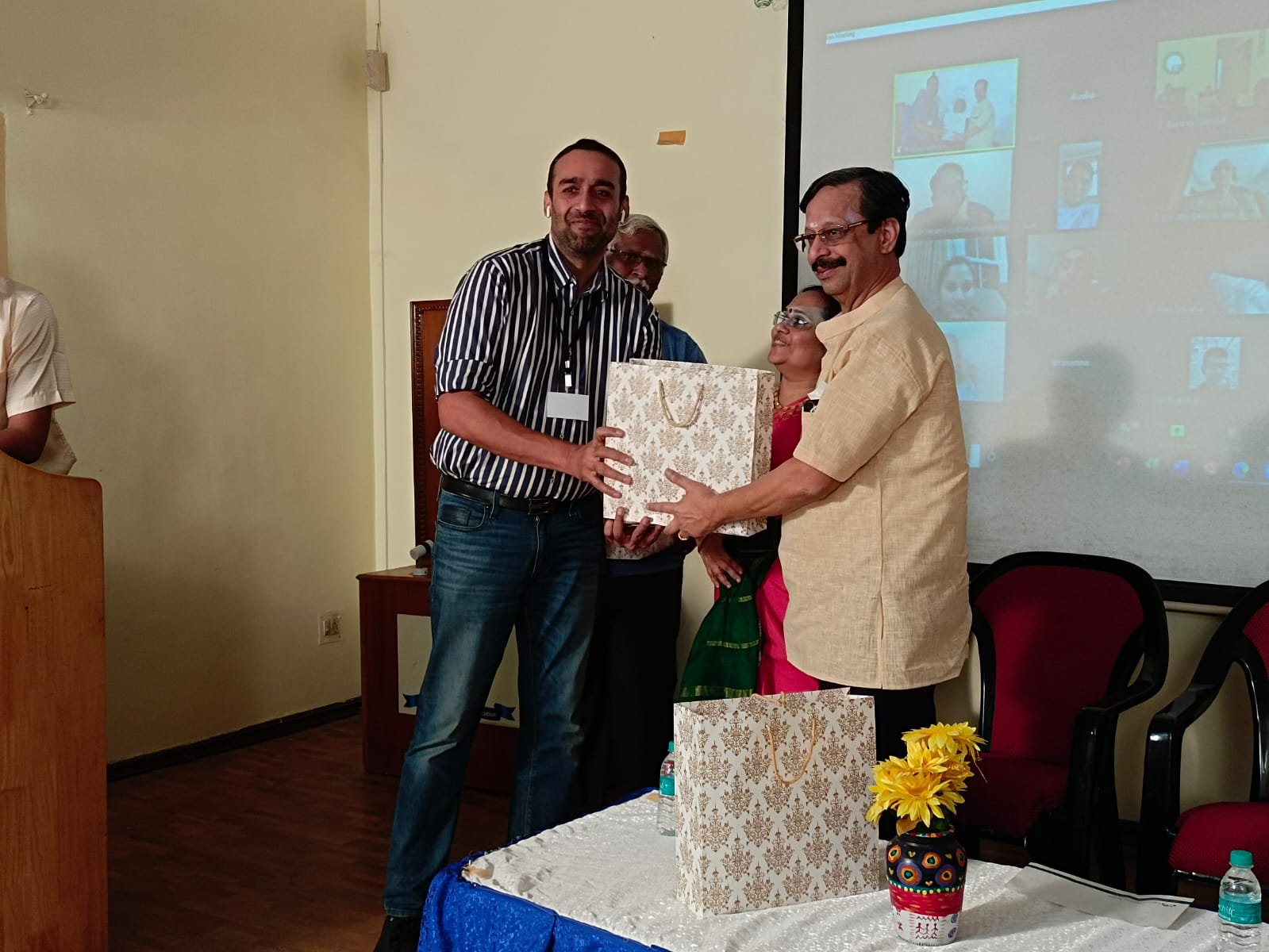 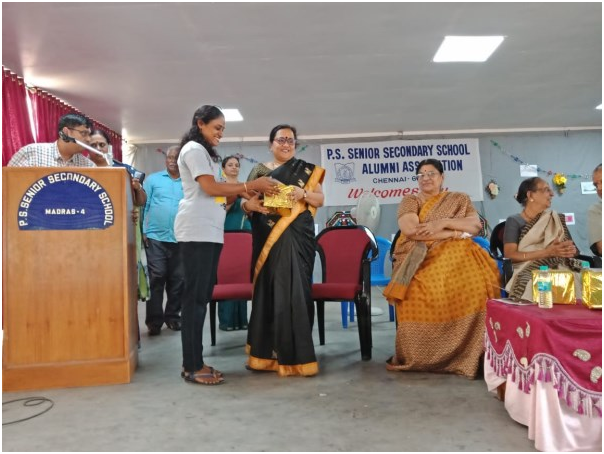 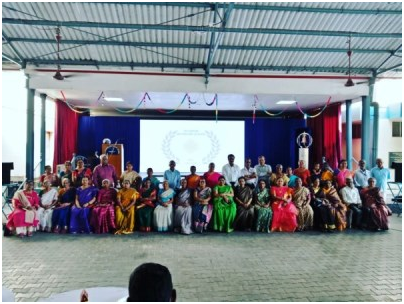 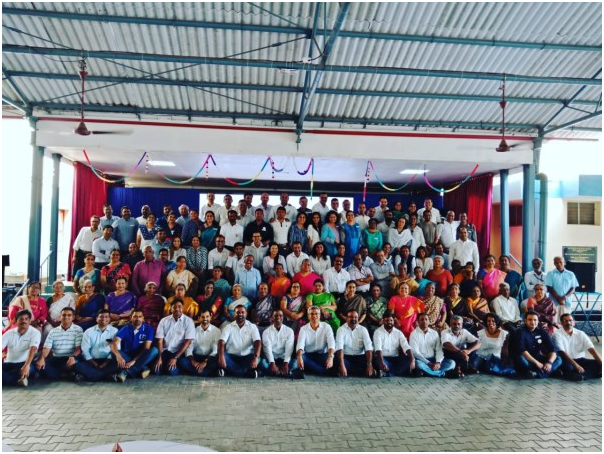 Dear Alumni, We welcome you all to ‘Back to School’ Alumni meet on Saturday the 23rd December 2017. Hearty Welcome to one and all and to the ‘Class of 92’ for their Silver Jubilee reunion.

Capt. J. Bhaskar an alumnus of P.S Senior Secondary School (Class of 1985) and the National Defence Academy (Golf Squadron/74 Course) got commissioned in the Indian Army in 1989.

Soon he saw active operations in Sri Lanka as part of the Indian Peace Keeping Force. On completion of his attachment with the 4 JAT, Capt. Bhaskar served with the Army Service Corps in NE India and later in Pathankot.

On April 26, 1994, he was tasked with the opening of the convoy route between Manali and Leh where he met with an accident and died while in service. Such casualties are termed as Physical Casualties in the Indian Army.

The Next of Kin (NOK) of physical casualties have to face immense financial, social and emotional challenges. Over a period of time, the bond between the NOK and the Army also weakens due to various factors. But, in a welcome development and after nearly three decades of effort, a connect with the NOK of Capt. Bhaskar was established this March. 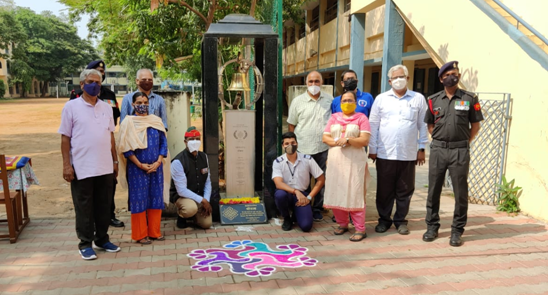 On April 26, 2021, a remembrance event was organised by Project Sambandh and the schoolmates of Capt. Bhaskar at the premises of P.S. Senior Secondary School, Mylapore. To adhere to the COVID protocols, the event was restricted to limited participants.

The event started with a specially recorded bhajan rendered by the US-based Ms. Harini (1993 batch). Welcoming the invitees, Col Shankar, an Indian Army Veteran and founder of Project Sambandh, spoke about how the connect with the NOK of Kin of Capt. Bhaskar was established and how the course mates and batchmates of Capt. Bhaskar had relived his memories through anecdotes and photos. Messrs Rajaram and Ramanan shared their personal experiences with Bhaskar, highlighting his football skills and academic prowess.

Dr. Revathy Parameshwaran lauded the efforts of the 1985 batch of the school to organise such an event which only highlights the strong bonds of friendship amongst the alumni. She saluted Capt. Bhaskar and offered her respects to his family with the hope that the legacy of Capt. Bhasakar and Anand will continue to inspire the future generations of students from the school. The Principal conveyed her appreciation to Project Sambandh and the efforts of Col. Shankar.

To perpetuate the memory of Capt. Bhaskar and Anand, Mr. Rajaram, on behalf of the 1985 batch, announced the establishing of an endowment prize for those students who join the Indian Armed Forces immediately after the completion of their school academics. In this regard, the batch honoured Mr. Aryan, who has qualified to join the 146th course of National Defence Academy in June 2021, with a cash award.

Mr. Raghu fondly remembered Bhaskar as an energetic and enthusiastic family member. He highlighted the efforts of Project Sambandh and how such bonds are important. He hoped that more students from P.S. Senior Secondary School would choose armed forces as a career.

The event concluded with floral homage to the photograph of Capt. Bhaskar and the tolling of Shrivatsa, the Bell of Gratitude and Remembrance, installed by the 1993 batch on the occasion of its Silver Jubilee reunion.