On Saturday, 09th July 2022 , Beyond Boundaries program was conducted for classes XI A, B and C students on the topic "Fluid Mechanics". The lecture was given by PROF. DR. GOVIND. S. KRISHNASWAMY, Prof of physics at Chennai Mathematical Institute, Chennai.

The Chief guest started his lecture by interacting with students. He asked various terms involved fluids at rest and fluids in motion. Students responded very happily. He explained the role of Ionosphere in the field of communication. Further he spoke on Viscosity, Surface tension, Eddy current in fluids, tornado, cyclone and the differences between tornado and cyclone. He spoke on the application of eddy current.

Students eagerly and enthusiastically interacted with him and got highly benefited out of his lecture. The program came to an end with the vote of thanks proposed by Mr. Gurumoorthy P. 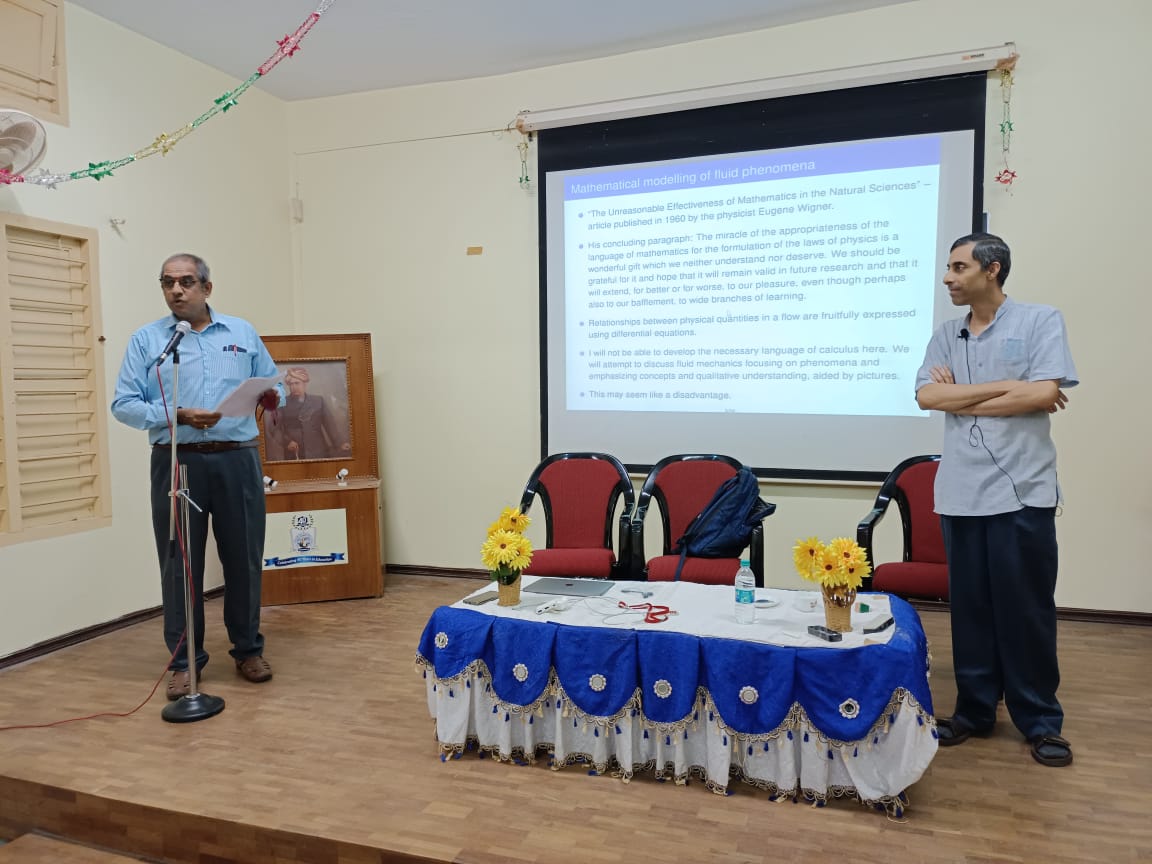 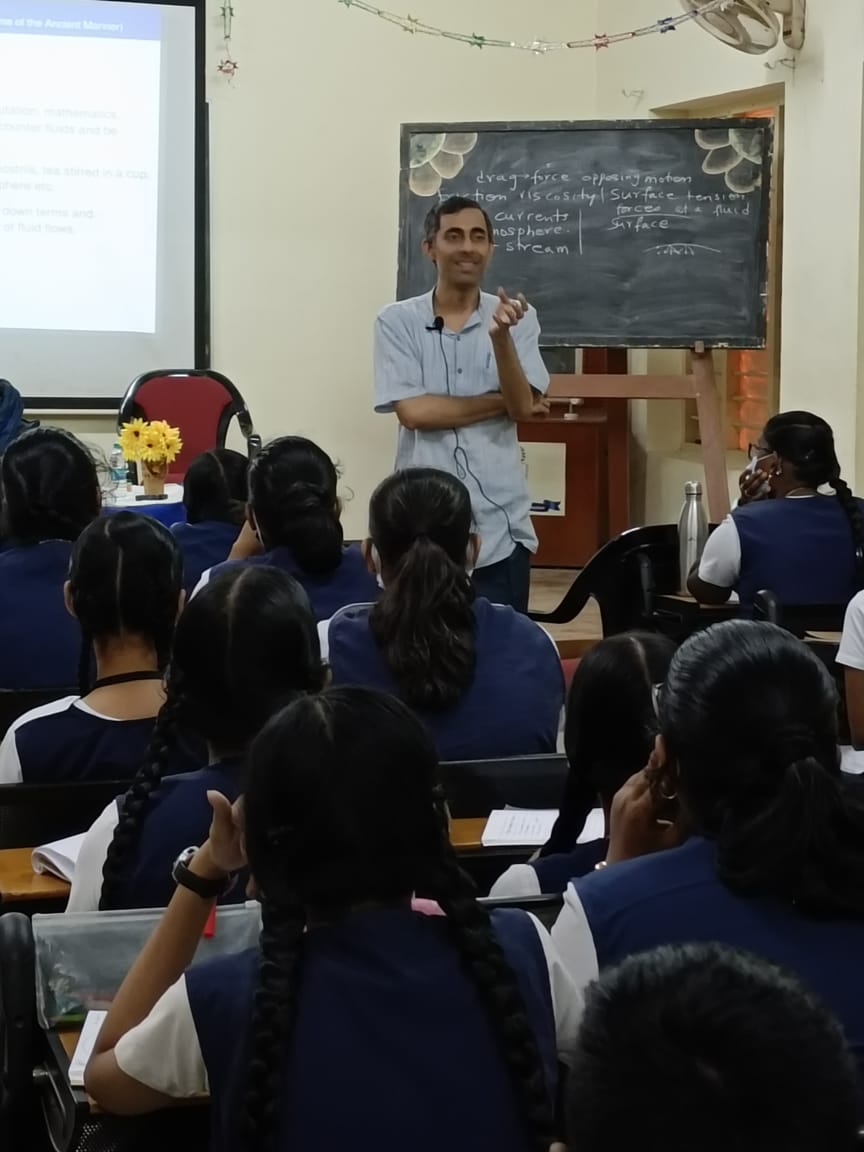 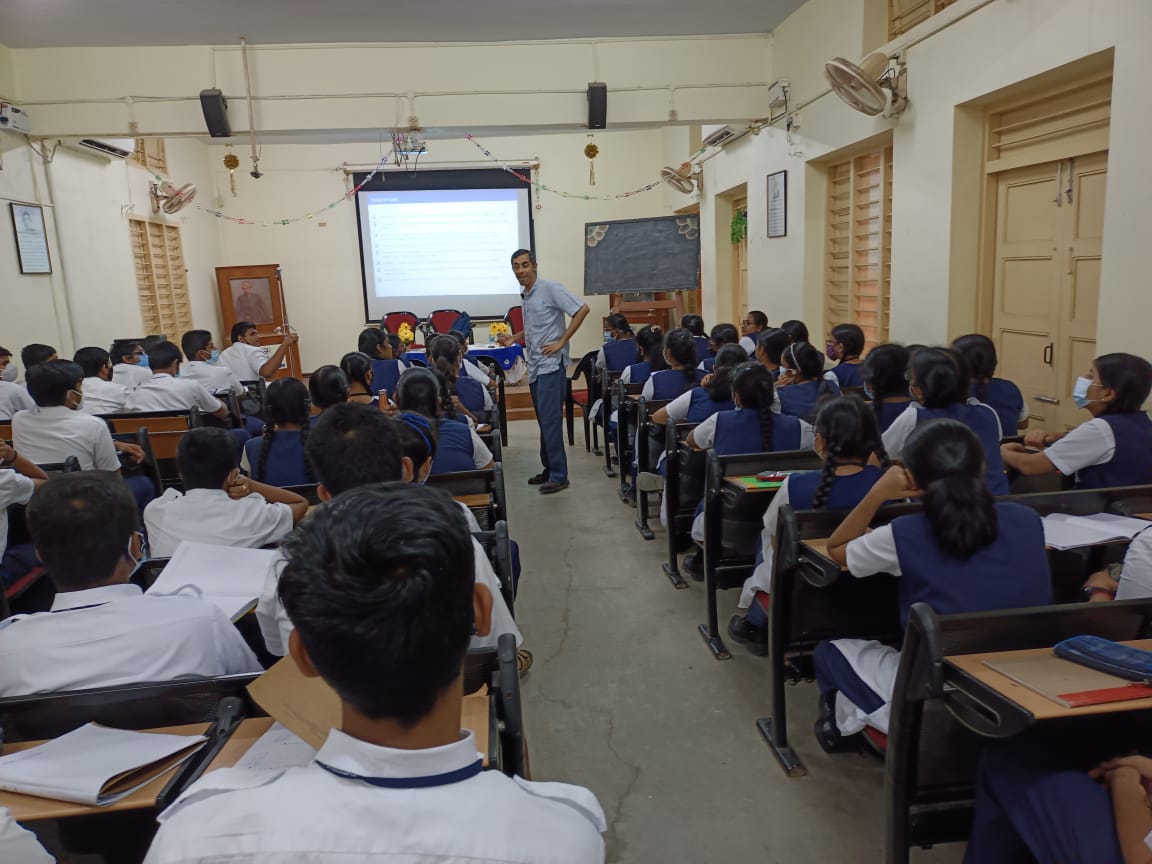 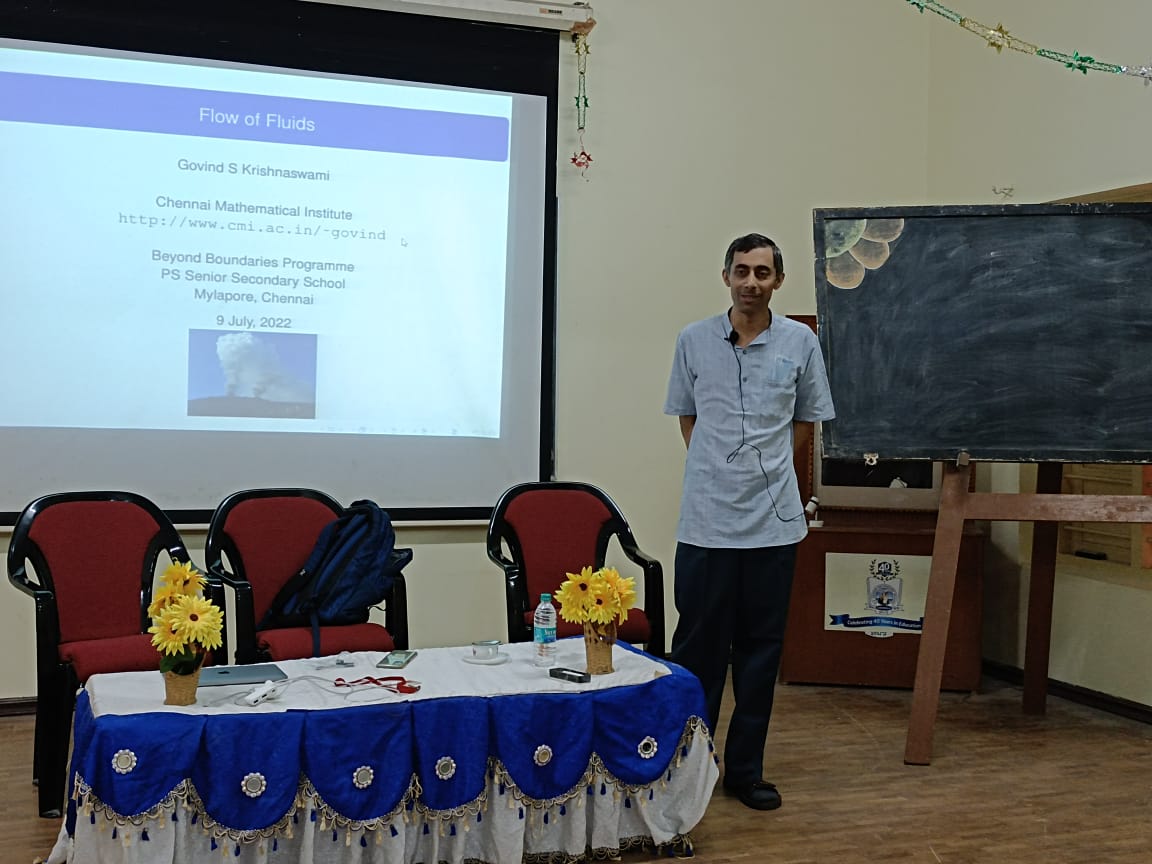